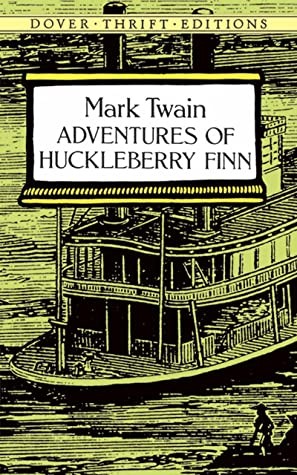 Hilariously picaresque, epic in scope, alive with the poetry and vigor of the American people, Mark Twain's story about a young boy and his journey down the Mississippi was the first great novel to speak in a truly American voice. Influencing subsequent generations of writers -- from Sherwood Anderson to Twain's fellow Missourian, T.S. Eliot, from Ernest Hemingway and William Faulkner to J.D. Salinger -- "Huckleberry Finn," like the river which flows through its pages, is one of the great sources which nourished and still nourishes the literature of America. 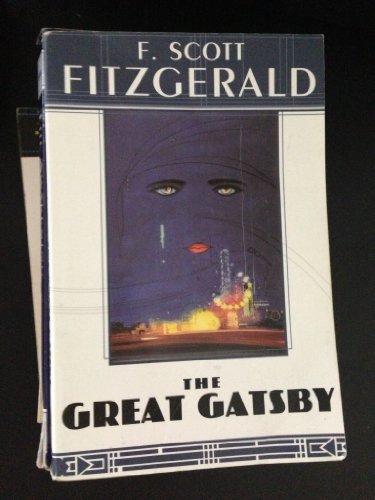 THE GREAT GATSBY is a 1925 novel written by American author F. Scott Fitzgerald that follows a cast of characters living in the fictional town of West Egg on prosperous Long Island in the summer of 1922. The story primarily concerns the young and mysterious millionaire Jay Gatsby and his quixotic passion and obsession for the beautiful former debutante Daisy Buchanan. Considered to be Fitzgerald's magnum opus, The Great Gatsby explores themes of decadence, idealism, resistance to change, social upheaval, and excess, creating a portrait of the Jazz Age or the Roaring Twenties that has been described as a cautionary tale regarding the American Dream. Fitzgerald-inspired by the parties he had attended while visiting Long Island's north shore-began planning the novel in 1923, desiring to produce, in his words, "something new-something extraordinary and beautiful and simple and intricately patterned.

" Progress was slow, with Fitzgerald completing his first draft following a move to the French Riviera in 1924. His editor, Maxwell Perkins, felt the book was vague and persuaded the author to revise over the next winter. Fitzgerald was repeatedly ambivalent about the book's title and he considered a variety of alternatives, including titles that referenced the Roman character Trimalchio; the title he was last documented to have desired was Under the Red, White, and Blue. In its first year, the book sold only 20,000 copies. Fitzgerald died in 1940, believing himself to be a failure and his work forgotten. However, the novel experienced a revival during World War II, and became a part of American high school curricula and numerous stage and film adaptations in the following decades. Today, The Great Gatsby is widely considered to be a literary classic and a contender for the title "Great American Novel". In 1998, the Modern Library editorial board voted it the 20th century's best American novel and second best English-language novel of the same time period. 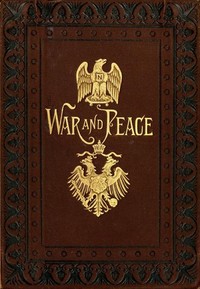 Tolstoy's epic masterpiece captures with unprecedented immediacy the broad sweep of life during the Napoleonic wars and the brutal invasion of Russia. Balls and soires, the burning of Moscow, the intrigues of statesmen and generals, scenes of violent battles, the quiet moments of everyday life--all in a work whose extraordinary imaginative power has never been surpassed. The Maudes' translation of Tolstoy's epic masterpiece has long been considered the best English version, and now for the first time it has been revised to bring it fully into line with modern approaches to the text. French passages are restored, Anglicization of Russian names removed, and outmoded expressions updated. A new introduction by Amy Mandelker considers the novel's literary and historical context, the nature of the work, and Tolstoy's artistic and philosophical aims. New, expanded notes provide historical background and identifications, as well as insight into Russian life and society. 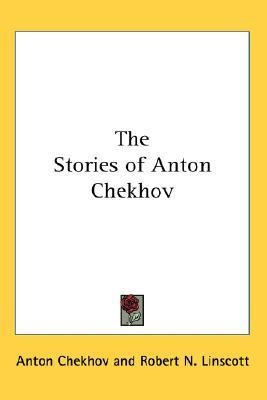 The Stories of Anton Chekhov

Contents: A Day in the Country; Old Age; Kashtanka; Enemies; On the Way; Vanka; La Cigale; Grief; An Inadvertence; The Black Monk; The Kiss; In Exile; A Work of Art; Dreams; A Woman's Kingdom; The Doctor; A Trifling Occurrence; The Hollow; After the Theater; The Runaway; Vierochka; The Steppe; Rothschild's Fiddle. 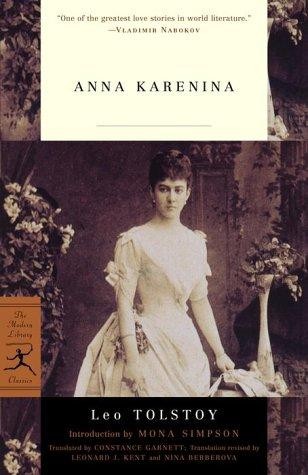 Considered by some to be the greatest novel ever written, Anna Karenina is Tolstoy's classic tale of love and adultery set against the backdrop of high society in Moscow and Saint Petersburg. A rich and complex masterpiece, the novel charts the disastrous course of a love affair between Anna, a beautiful married woman, and Count Vronsky, a wealthy army officer. Tolstoy seamlessly weaves together the lives of dozens of characters, and in doing so captures a breathtaking tapestry of late-nineteenth-century Russian society. 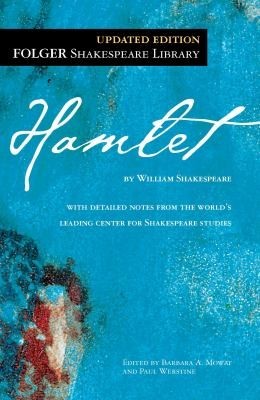 Hamlet is Shakespeare’s most popular, and most puzzling, play. It follows the form of a “revenge tragedy,” in which the hero, Hamlet, seeks vengeance against his father’s murderer, his uncle Claudius, now the king of Denmark. Much of its fascination, however, lies in its uncertainties. Among them: What is the Ghost—Hamlet’s father demanding justice, a tempting demon, an angelic messenger? Does Hamlet go mad, or merely pretend to? Once he is sure that Claudius is a murderer, why does he not act? Was his mother, Gertrude, unfaithful to her husband or complicit in his murder? 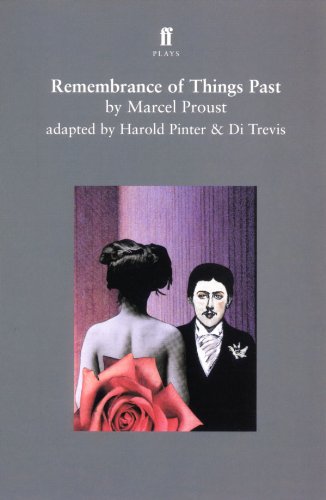 Remembrance of Things Past

Recognized as one of the major literary works of the twentieth-century, Marcel Proust's monumental seven-volume novel brings together memories of childhood and Parisian society before and during the First World War. 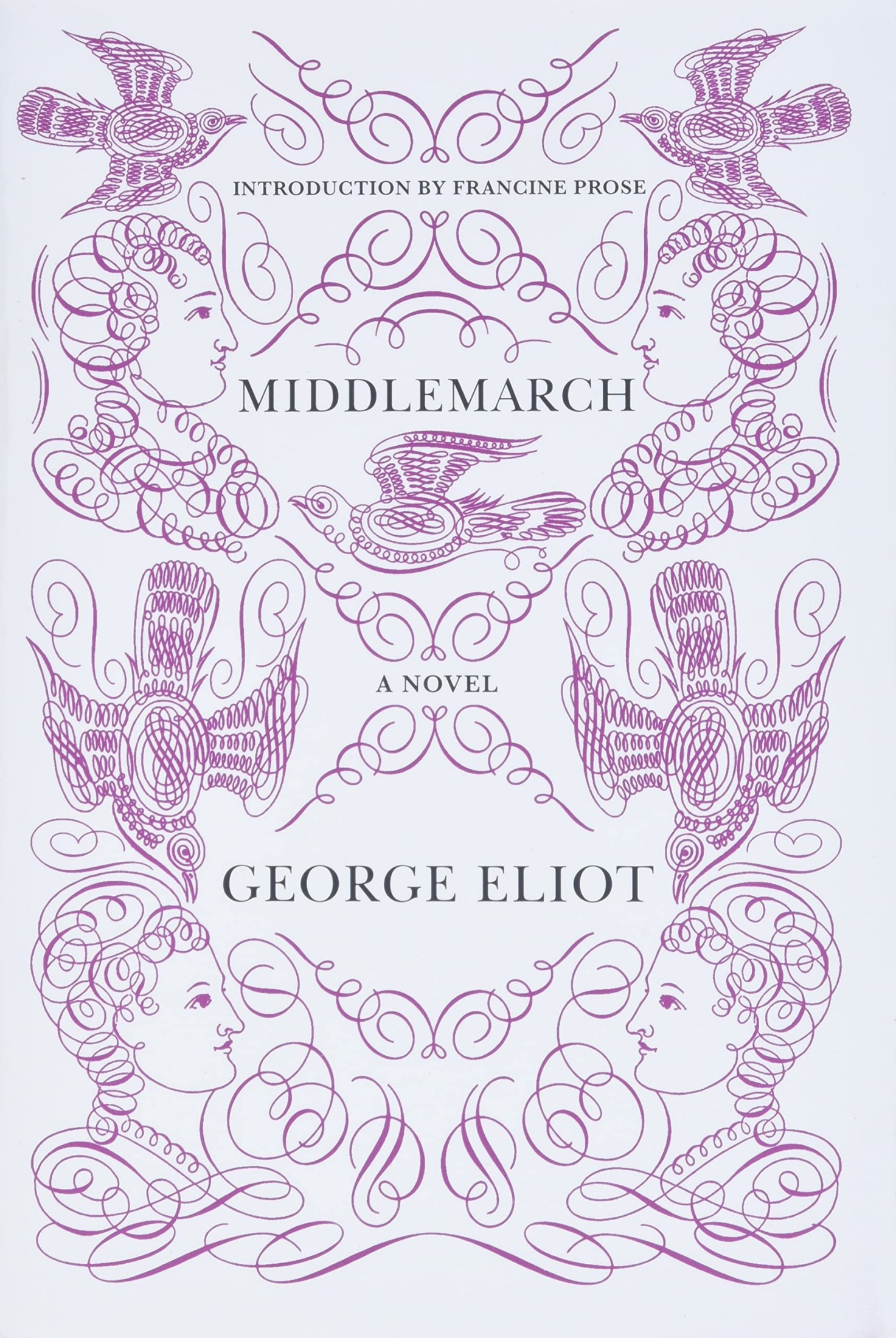 A sprawling work set in a provincial English town, Middlemarch boasts a large cast of characters whose stories interweave against a backdrop of political upheaval.

Instead of choosing to wed a wealthy landowner and settle for a comfortable life, Dorothea Brooke decides to marry Edward Casaubon—a dull scholar who is her senior by a few decades. Dorothea hopes the union will afford her with the opportunity to share in her husband’s intellectual pursuits, but even her best efforts can’t save the disastrous marriage. Meanwhile, idealistic doctor Tertius Lydgate has progressive ideas about the medical field, and he believes the village of Middlemarch is the place that will embrace his beliefs. But when he weds Rosamond Vincy, the mayor’s beautiful daughter, his ideals come into stark contrast with his new bride’s materialism and vanity, dooming their marriage from the start.

Lastly, Rosamond's brother, Fred, is reluctantly destined for the Church. But his childhood sweetheart Mary Garth refuses to accept him until he settles into a more suitable career and one that interests him. But when circumstances lead to Fred losing a sizeable fortune that sets off a calamitous turn of events, he must reevaluate the choices he has made. 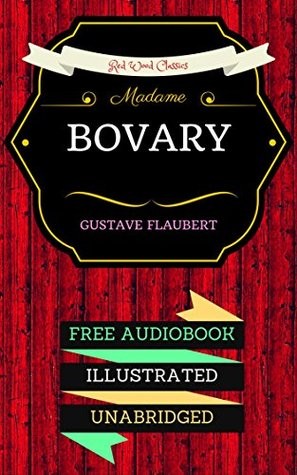 Emma is bored and wants excitement and makes a complete mess of her life. In the process she destroys the life of her very provincial husband who also happens to be a good man. The story is tragic and at times frustrating but well worth reading.

After marrying Charles Bovary, an ordinary country doctor, Emma Rouault hopes to have the adventurous life of passion and intrigue that she reads about in books. However, she is disappointed with her husband and her simple life. It is anything but the romantic excitement she longs for. In her desire to fulfill her dreams she travels down a winding path of adultery and deception. 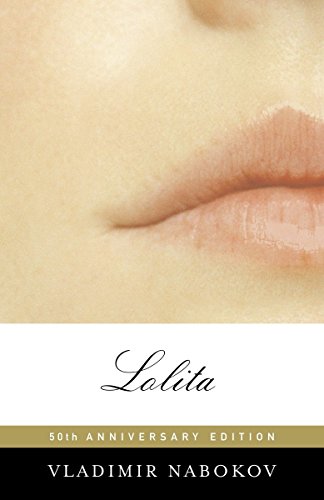 When it was published in 1955, Lolita immediately became a cause célèbre because of the freedom and sophistication with which it handled the unusual erotic predilections of its protagonist. But Vladimir Nabokov's wise, ironic, elegant masterpiece owes its stature as one of the twentieth century's novels of record not to the controversy its material aroused but to its author's use of that material to tell a love story almost shocking in its beauty and tenderness. Awe and exhilaration–along with heartbreak and mordant wit–abound in this account of the aging Humbert Humbert's obsessive, devouring, and doomed passion for the nymphet Dolores Haze. Lolita is also the story of a hypercivilized European colliding with the cheerful barbarism of postwar America, but most of all, it is a meditation on love–love as outrage and hallucination, madness and transformation. With an introduction by Martin Amis.